Today was meant to be our leaving day, though we decided a few days ago that we would stay on for another two nights. It is hard to not stay for longer but really there is no reason to. Other than read, walk on the beach and crochet there is not a lot to be done here. Which in many ways is the beauty of it all.

We have noticed that there are quite a few long term residents here. They arrive at the start of the season (April) and stay till the end of October. There are certainly worse places to spend six months of the year. Two of those long termers, Bill and Pam are leaving tomorrow. A few weeks earlier than what they normally would due to some ill health. We have been watching them pack and sort themselves out for the last few days. In some strange way it was all a bit sad.

What wasn’t sad though was when Pam asked me if I wanted to take her little box of lettuces with us. I had said to Mr Awesome at the start of the trip that I would like to take a little herb garden with me but he said it just wasn’t possible. Fingers crossed the dirt doesn’t fall out all through Edna the first time we move.

Late yesterday afternoon we gained some new neighbours. Rather close ones given how many empty spaces were available. It always amazes me how some people think camping is done best when sites are on top of one another. It also amazes me when people want to camp in close proximity to us, because you know, we have children and are (at least to my ears) noisy. Turns out that the new neighbours had children of their own though so perhaps that was why they thought being close would be a good thing.

Their two girls were close in age to Zany and Teapot. One was a year younger than Zany and the other a year older than Teapot. They had the most wonderful time all playing together. Children just seem to be drawn to playing at our camp. Which in many ways is very lovely but today I barely wanted my own children around let alone any extras.

I didn’t exactly sleep well the night before and woke up a tad on the grumpy side of life. To make things worse I was expecting a visit from Aunty Flo and her non arrival was making slightly anxious. As late as I am with most things in life, getting my period is not usually on the list. Unless of course there is a baby growing. Having another baby is the absolute last thing I want. My baby making days are done and dusted, I am quite happy working with the ones I have rather than starting again with new additions thankyouverymuch. 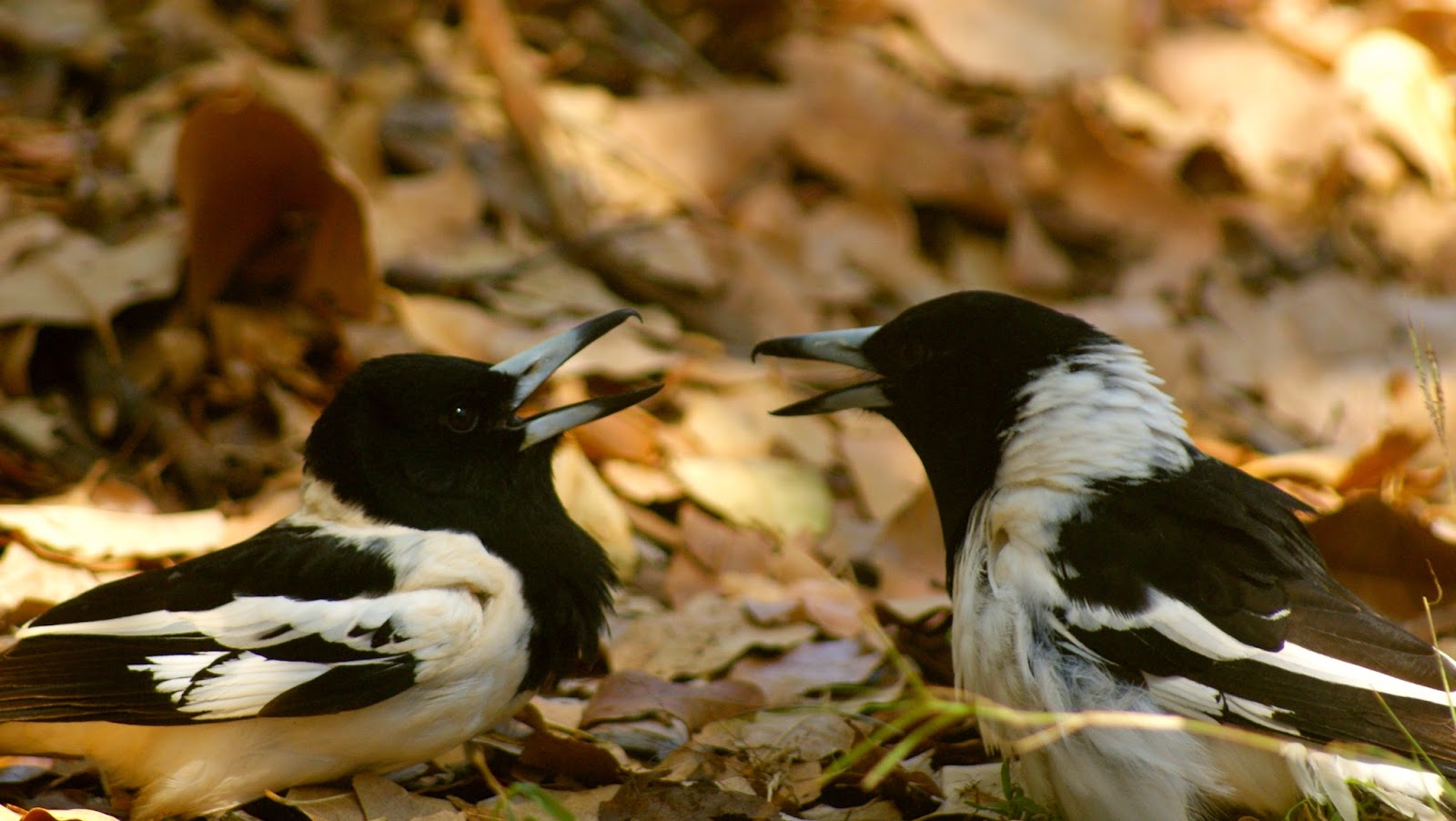 In slightly happier news though yesterday, despite it's somewhat dubious start, turned out to be a bit of a cracker of a day. Once every one else had caught up on the whole getting up thing Mr Awesome and I enjoyed our coffee together and these two little fellows decided to stop by and say hello. I really do love watching birds.

Shortly after Mr A, living up to his name realised that I was not necessarily in the mood for dealing with the trials and tribulations of children and bundled the little two up and took them down the beach. 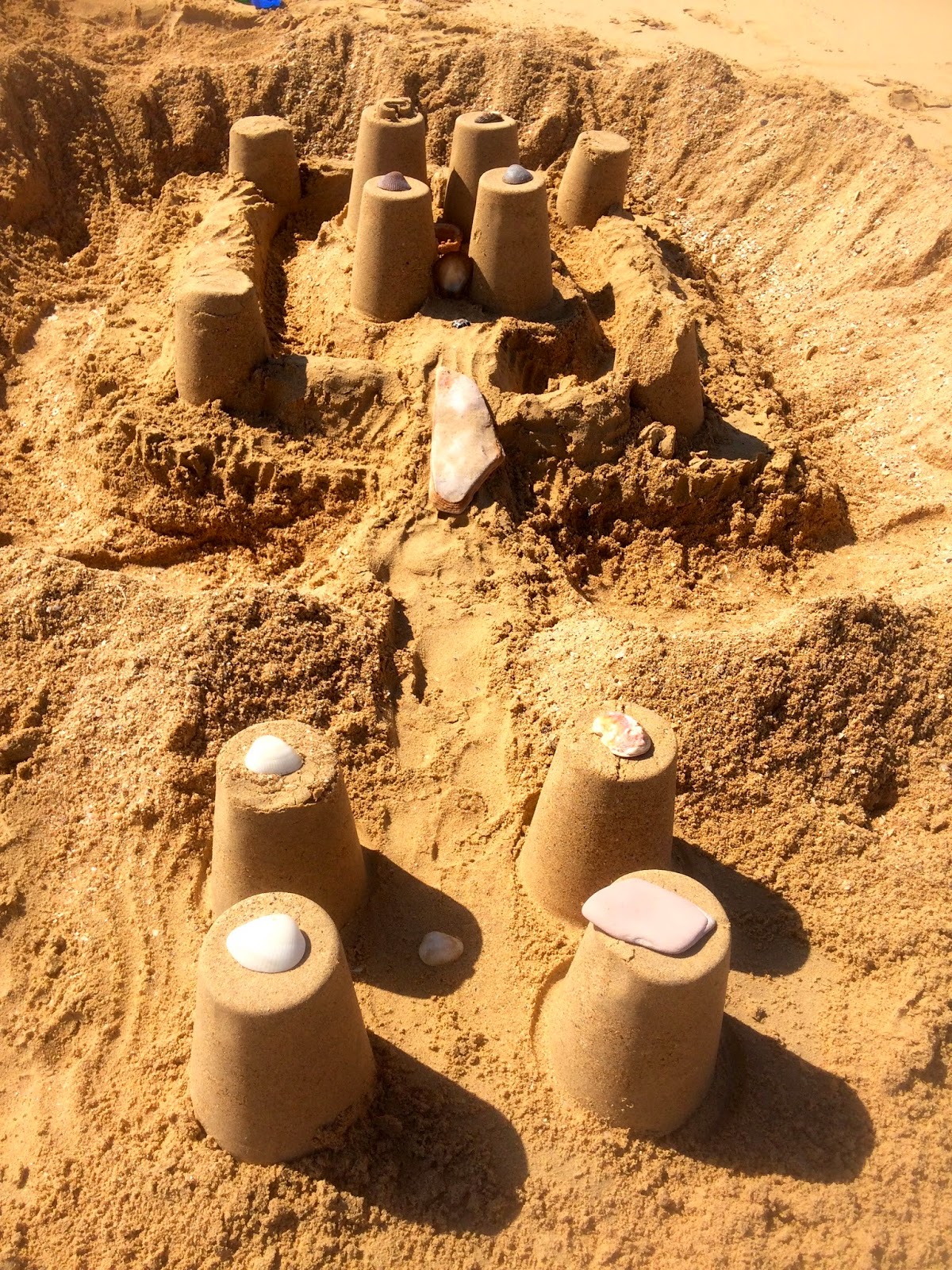 After enough peace and quiet, when I felt able to deal with the never-ending tirade of the cries of mum that are inevitable whenever I am in the presence of children, I mustered up the energy to walk down to the sand and investigate what they had all been up too.

As it turned out they had been up to some pretty masterful sand castle creating. Standing there, surveying the scene before me, my heart began to swell as I was once again reminded of just how incredibly awesome Mr Awesome actually is. Something tells me there are few fathers that would spend a morning creating a sand castle masterpiece such as this.