So much to say and so little time to write 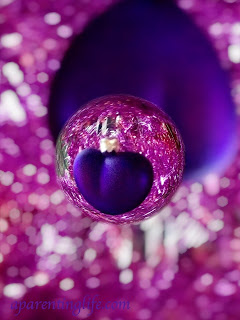 It feels like forever since I was last here.

Though really it was only a few days ago since I last posted about the things I know about dentists. There are few things that I would like to add to that list now that I think about it some more. Or rather as I have been healing from my wounds.

I will add it to the ever growing list of things I want to write about it. It is nice to know that I have so many thoughts to chose from should I ever be graced with the time to idly write.

Of course it is also incredibly frustrating that I never seem to be able to find that elusive time.

Back to my few days absence from blogging that feels near on an eternity. Mind you those few days have been jam packed with all kinds of actions and emotions. Both in terms of my own little corner of the world and the world at large.

My head is just bursting with all that has come with the announcement of a royal baby. Something that should have been nothing but a joyous occasion forever tainted by society at large ridiculous behaviour. This also added the the ever growing list I mentioned above.

There is no denying that the festive season is well and truly underway here. Whether or not I, or any one else for that matter, is actually ready for it however is another question altogether.

Between pre Christmas dinners, catch ups and get togethers, not to mention all that the final days of the school year entails, this rather shy social butterfly feels like she is flitting from event to event barely stopping to smell the flowers let alone taste the pollen. Every thing is just go, go, go.

Which as with most in life comes with both good and bad.

It is good in the way I don't have a chance to stop and think about all that needs to be done. Bad in the way that there is so much to be done and so many people to see. For the most part I am just doing. There are only three more days of school left. Three days that apparently can not be missed because they have the talent show, awards ceremony and year six final assembly in them.

After that I am sure things will slow a little.

You know before the rush of Christmas really starts.

I can't really believe that my baby, who is really eleven and not at all a baby, will soon have completed her primary school education. Where oh where did those years go? This too is on my never ending list. I get slight heart palpitations when I think that next year I will have a middle school student in the house

the coolest linky around.