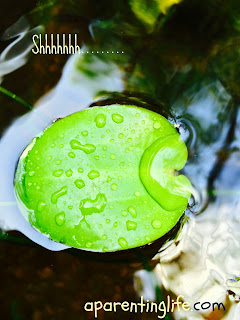 Despite being nearly the end of the second last week of school holidays I somehow managed to force myself out of the comfort of my bed at a ridiculously early and ungodly hour of the morn. Well actually it was only a little after six but given the fact it is school holidays and all it does feel incredibly early. Especially given that it is overcast and cold. Summer hear has a lot to answer for but I will get to that later.

The reasons for my early rise are many, though mainly revolve around the need for housework to be done. That shit is never-ending isn't it?

So I had planned to make a nice early start on the dishes and washing and all manner of things that a super mum needs to take care of in-between ensuring the children are adequately fed, watered and entertained. Only Teapot decided that today would be the day that she elected to forgo her crack of dawn awakening and sleep in. As such I am too scared to do anything in case I make a noise and wake her.

After a few later than normal late nights combined with the fun and frivolity of school holiday freedoms she is quite possibly on the brink of exhaustion and in dire need of some catch up sleep. Her obedience is most certainly commendable though because as I was tucking her and Zany into bed last night I strongly suggested that they aim for staying asleep for at least ten hours and she has done exactly that. Bless her little cotton socks. I guess third time is a charm because the other two are by no means so compliant to some of my wishes as what she is.

Sigh. The joy of parenting.

Though naturally as I was bragging of her sleep in she has now awoken.

Oh well at least now I can get the washing on and and the dishes done. Oh yay! Said no one ever.

In further procrastination against what needed to be done (because let's face it the whole sleeping child thing really was nothing more than an excuse to sit in front of the computer rather than do chores, I stumbled across a link up hosted by Finding Myself Young and Life Behind the Purple Door. It is called #thisparentinglife and I think this post is just perfect to join in with it.