Before I ducked back to Darwin the other week Mr Awesome and I told the girls that when I returned we would do something special. At the time we weren’t really sure what that something special would entail but we knew it wouldn’t be hard to come up with something.

Almost as soon as we made the promise we came across the camel rides and we both knew instantly that would be our something special.

We ran the idea past the girls and they were just as excited about a camel ride as what we were.

There were three camel ride companies to choose from. All of which offered pretty much the same, at a relatively similar cost. In the end we went with Red Sun Camel Rides. For no particular reason other than red goes faster. Or maybe they were just the first phone number I could find to book in.

With the tour booked in for the late afternoon it made for a rather long day waiting for it to finally be time. In our excitement for our ride we arrived at the beach with plenty of time to spare. Which initially the girls found rather frustrating. However when they realised that it meant we were able to watch the camels arrive their attitudes quickly changed. 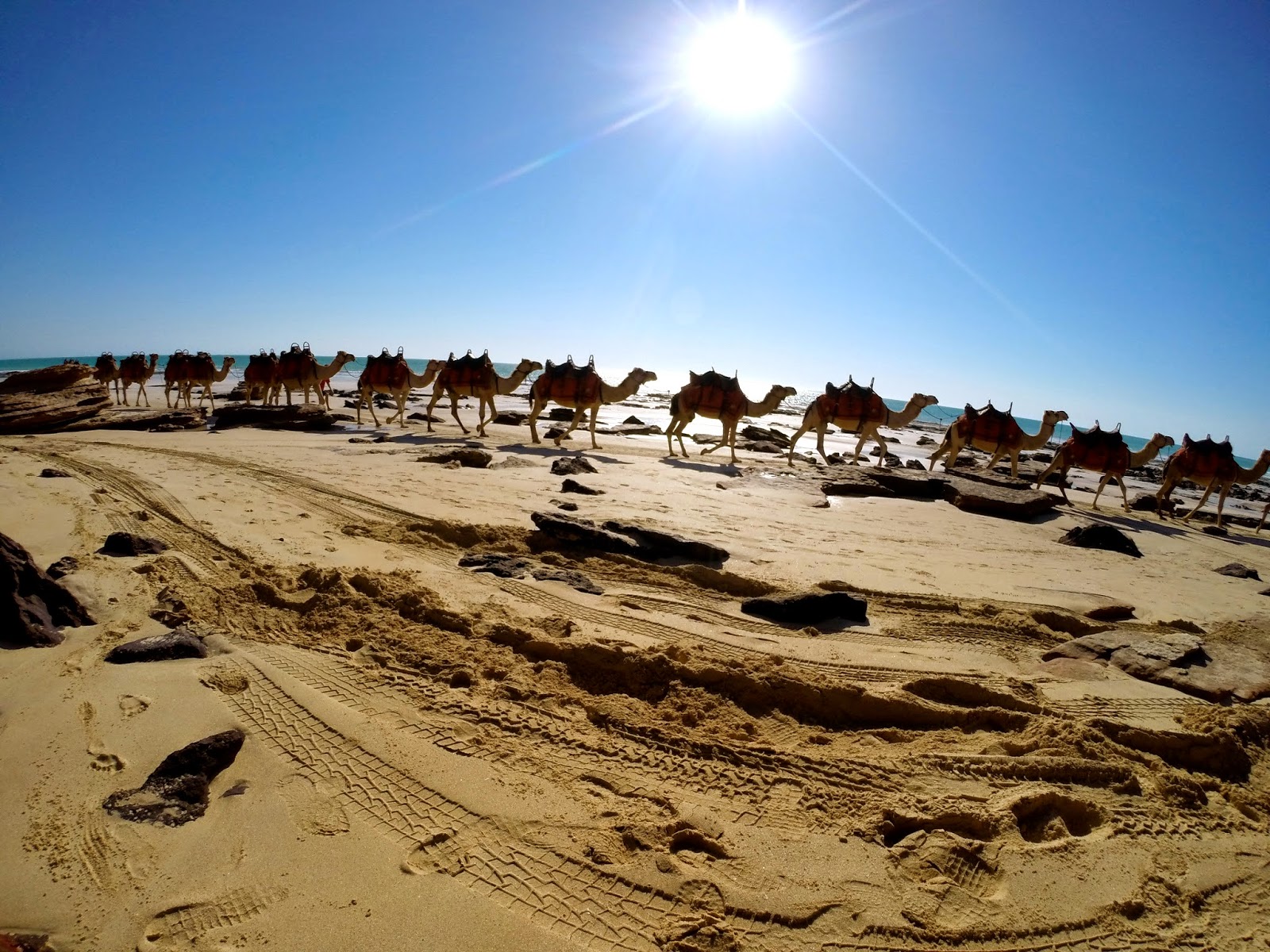 After listening to a quick safety talk and what have you, the guides helped us mount our rides. I had actually ridden a camel once before when Lovely was a baby but I had forgotten just how incredibly long their legs are.

It worked out that the two little ones could ride a camel with me while Mr A and Lovely shared another. 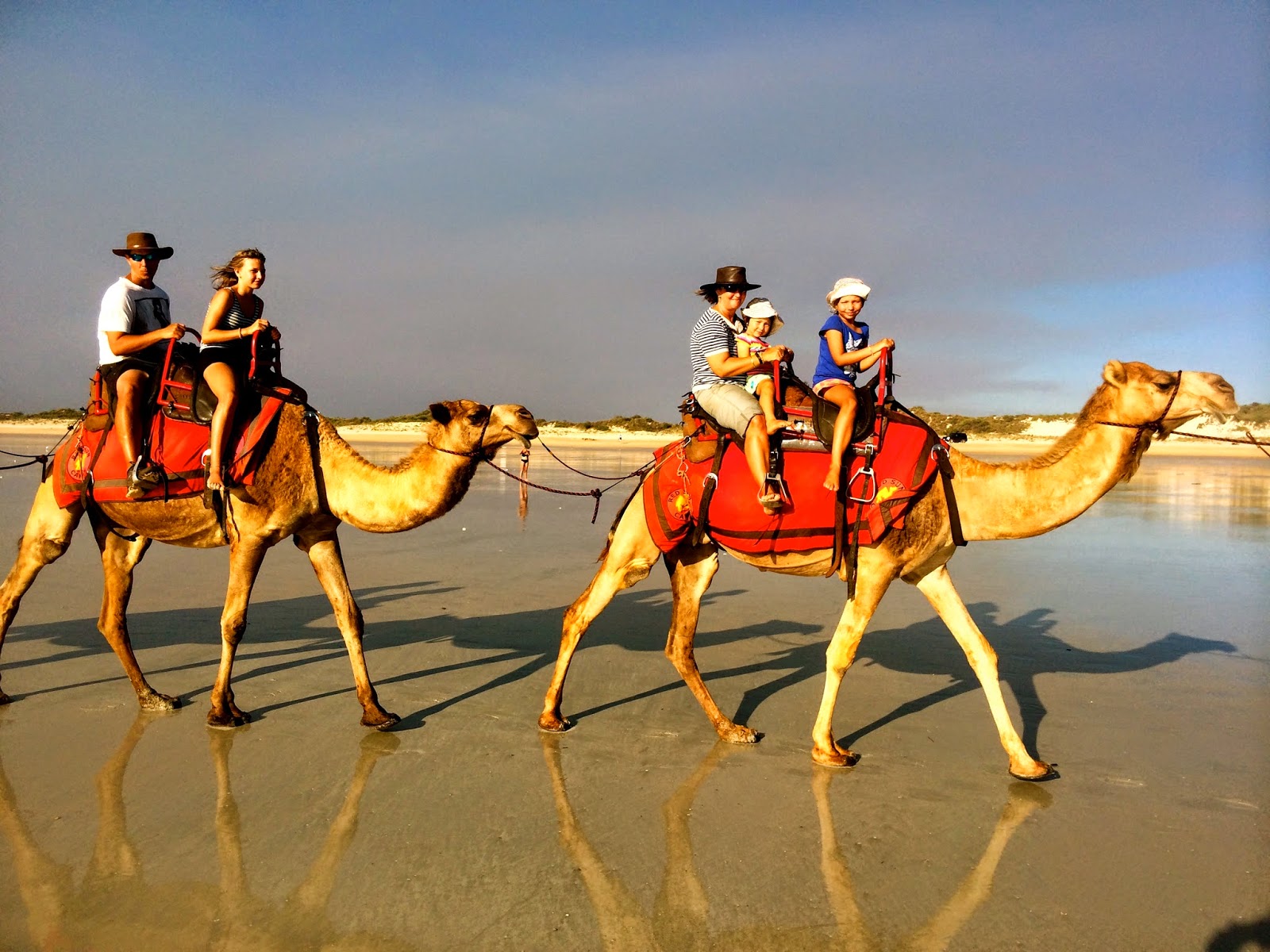 Needless to say we all had a fabulous time and the girls could not wipe the smiles off their faces.

If you are even in Broome I strongly recommend you make the time to have a camel ride. The guides were lovely and friendly and made the time to come and talk to everyone about the camel they were riding and and answer any questions you might have. They also took a photo of you with your own camera so you didn’t have to pay to be snapped. Of course there was still a professional photographer option as well but I thought it lovely they took a photo with your own device as well.

Email ThisBlogThis!Share to TwitterShare to FacebookShare to Pinterest
Labels: #ouradventureofalifetime, 2015, Broome, playing catchup, things to do and see