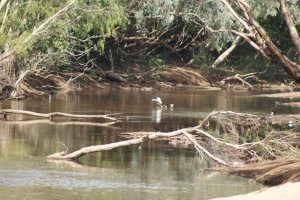 That is the number of words that I have written of my NoMoNo(November Monthly Novel) Which since I am just past the half way mark in time is slightly under half for words. To me time has just become a series of numbers in relation to how many words may be written, still have to be written, and sometimes what I have just written.

Yesterday I managed to write 1600 words in a little under 2 hours. Impressive I thought. It was hand written the old fashioned way so I had guesstimated I had 1000 which I was still happy about as I was certain that I would expand on it in when I typed it out later.

I then spent a further one and a half hours at my dad's using the computer there (my mothers and I would rather not really be using it) and typing it all out. I was feeling super productive and had just about received enough gain to realise this would certainly be worth doing again. When the computer decided to have a temper tantrum and crash. Taking with it my work. I was surprised by how not devestated I was.

You see, since I began writing, I have almost lived in fear of that happening. I thought I had all the necessary precautions. I have auto save activated, a ups and I regularly post on the Internet to have a second copy. When my novel became too big to post I began emailing it to those who showed an interest in wanting to read it. I thought all bases were covered.

And if I hadn't have been using silly word pad on someone else's computer I would have been just fine.

But enough of that as my darling sister re-typed my hand written for me. While I cooked her dinner! So all's well that ends well.

Anyway I will leave you today with a photo I took at Knott's Crossing. One of my favourite places in or near Katherine.