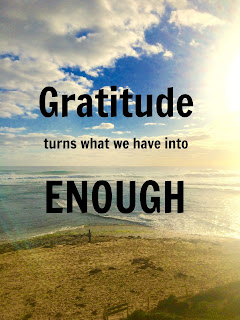 As Thursday rolls around once more I find myself in a somewhat different place to last week. And really quite a few Thursdays before that. And it is quite a nice feeling.

Where the words have failed to come in most weeks, this week I have been able to pump a post every day. I can't remember the last time I was able to do such a feat. Sure the words may not have been the greatest but they were better than nothing and for that I am thankful.

I am particularly thankful to Lydia because whether she knows it or not she does an incredible job at motivating me to try and get some words out once a week. She has been the only regular linker for Thankful Thursday and for that I am super thankful. She also nominated me for a Liebster award which is one of the reasons I have been able to post every day so far this week.

Other things I am thankful for this week include

*  getting a heap of housework out of the way so I don't feel so overwhelmed by it
*  finally finding a pattern for a beanie that looks like it might actually fit me, my last two attempts      have been far too small for my apparently big noggin. Not that the little two have complained because it has meant they have each got a new beanie
* Lovely attending school each day without too much of a battle
* the power bill not being nearly as high as I expected despite using the heater a lot.

Now you,
What are you thankful for?