Thankful for running and free videos 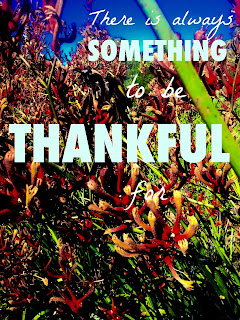 It has been another action packed week here in the Awesome house. So action packed in fact that I have not been able to find the time to blog. Well, that is not completely true. I managed to get this much out the other day
It's Tuesday and I am adamant that I will blog. I have a mere two hours and forty three minutes in which to tap something out so that I can join in with the ever awesome Essentially Jess for her IBOT linky.

Mind you I have been trying to get something out all day long and as yet I have been relatively unsuccessful. Of course sitting here watching The Interview isn't is exactly...
I closed the laptop on account of the movie looking like it showed the promise of being watchable. I was wrong. Oh so wrong. Thankfully though it was a free movie so other than my time nothing was lost.
After getting my WA drivers license a few weeks ago, I got around to joining the local video store. Since Mr Awesome got rid of Netflix the only hope I have of finishing my How I Met Your Mother marathon is via DVD.
I went to hire the season I had started but not finished only the guy at the counter couldn't get the case opened. Thankfully though the other store in town had a copy and on account of the inconvenience of making me drive five minutes to go and collect it, it was free.
For days, I waited for the right time to snuggle up in bed and return to my fictitious friends. The only DVD player we had was in the bedroom you see. When finally that time was found, late on a Saturday afternoon, it turned out that there was only one episode of the season I had not seen. I was rather thankful that it had turned out to be a free hire!
My other big thanks of the week goes to running. Twice this week I got the old joggers on and went for a run. Man it felt good. One run was all about seeing how far I could go without stopping and the other was to go as fast as I could. I am so thankful that I have the time, inclination and health to get out there and move.
What about you?
What are you thankful for this week?

Email ThisBlogThis!Share to TwitterShare to FacebookShare to Pinterest
Labels: 2015, linking up, Thankful Thursday